The EPA has released official range and efficiency ratings for those cars. The range results are in line with manufacturer info released several days ago, but once again significantly lower than we saw in the real-world tests. 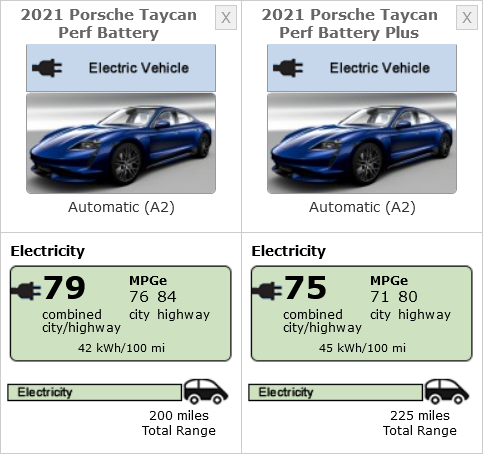 We guess that it could be higher in the 5-cycle test, but so far, all Porsche EVs are rated in the 2-cycle test.

Our own range test at 70 mph shows a range of 293.3 miles (472 km), which is between the AMCI and WLTP, over 50 miles above EPA Highway range. We guess that in the case of Porsche Taycan, it would be safe to add 15-25% to EPA numbers to know the real-world values.