The 2022 Honda Civic has been officially revealed, and as expected, it looks much more like its bigger Accord cousin than the Civic it’s replacing. It’s technically called a “prototype,” but it’s safe to assume that the production model will look just like this. Honda also provided a preview of the interior and just a couple of details about feature set and availability.

Digging deeper into the exterior, you can see the Accord influence in the smooth body panels, the long shoulder line that runs the length of the car, and the window line that bumps up at the C-pillar. The proportions differ a bit from the Accord, though. The nose is longer and lower relative to the rest of the body, and the trunk lid is short. It almost looks as though it could be rear-wheel drive. The car also features a small grille with a body color accent similar to that on the new Honda Fit, and the trunk has a distinct lip spoiler to it. 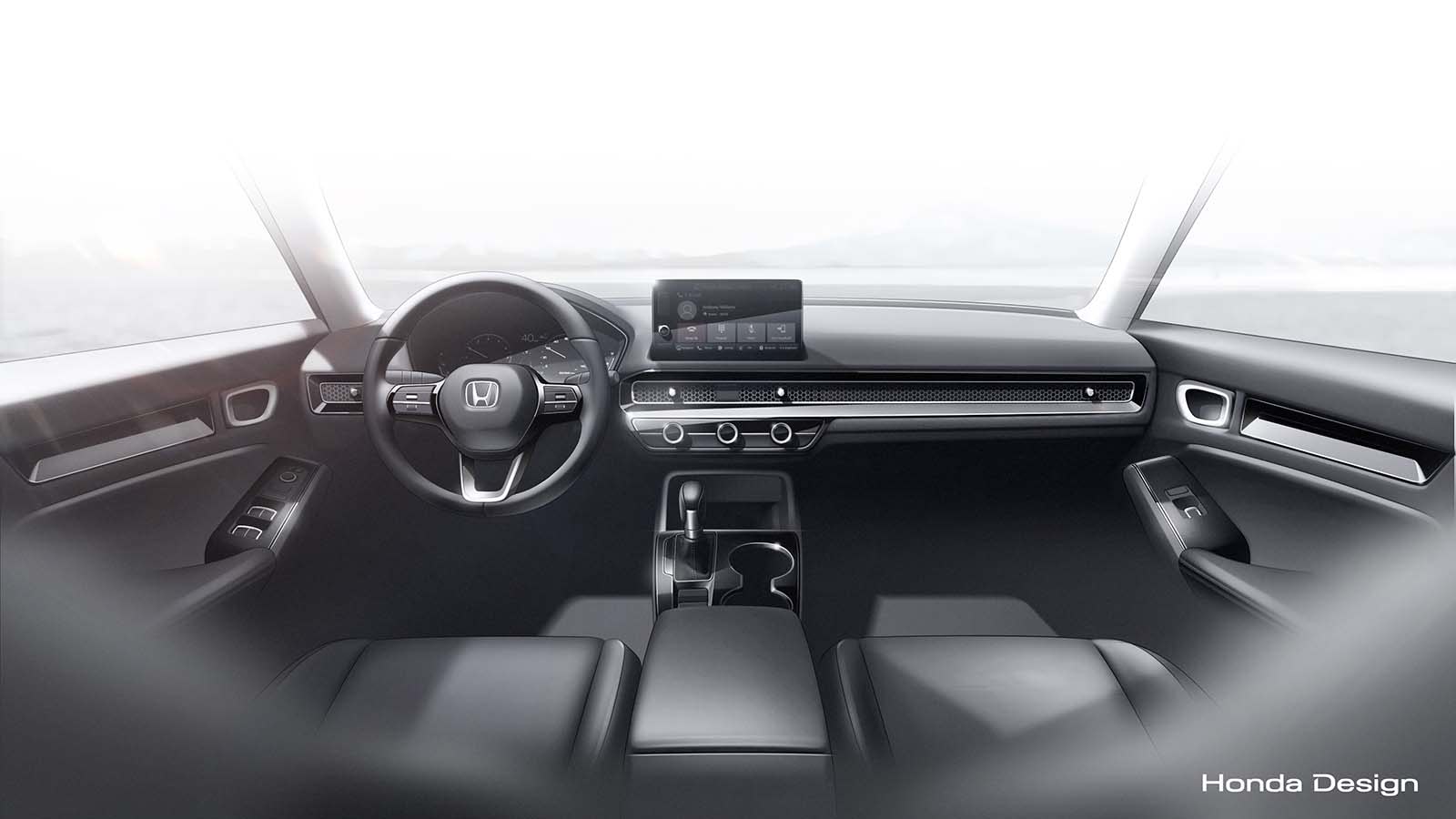 While Honda hasn’t revealed the interior in full, the sketch provided gives us a good idea of what to expect. It’s a major departure from the current model, going for a more minimalist, low, horizontal design theme. It’s reminiscent of the retro Honda E interior. It will have air vents concealed by a mesh that stretches the full length of the dash. On top will be a touchscreen infotainment system that will be available in a size as large as 9 inches. It will likely use the operating system found on the Accord, which will be a huge improvement in appearance, responsiveness and ease of use. The instrument panel will be available in a fully digital version, as opposed to the blend of outboard analog dials and a center screen on the outgoing model.

Honda is staying mum on the details about the powertrain, size and much more, but we should know in a few months. That’s because the sedan is going on sale in late spring 2021. Following the sedan launch will be the hatchback, then the Si, and finally the Type R. Honda also announced that the hatchbacks will be built at the Greensburg, Ind., factory.