Audi is entering the U.S. with a full slate of plug-in hybrid offerings for the Q5, A7 and A8. However, not every PHEV available in Europe is also making a trip across the pond to North America. The Q7 PHEV is one of those models, and now we can add the Q8 PHEV to the list of plug-ins we won’t get.

Audi revealed the new Q8 PHEV in Europe today, so we asked Audi if it’d be coming to the U.S. A spokesperson told us that “The Q8 PHEV has not been approved for the U.S. market.” It’s “just Euro,” so we don’t expect to see it on this side of the globe. Audi cited overlap with the Q5 PHEV and E-Tron models as the reasoning for not bringing the Q7 PHEV here, and we suspect it’s the same story for this model. That said, let’s take a quick look at what we’re missing out on.

Two versions of the plug-in Q8 were announced, eloquently (read: sarcasm) named the Q8 60 TFSI e quattro and Q8 55 TFSI e quattro. As you’d expect, the 60 is faster than the 55, though they’re both rocking similar powertrain setups. A 3.0-liter turbocharged V6 is paired with a single electric motor. The 60 makes 456 horsepower and 516 pound-feet of torque, while the 55 makes 376 horsepower and 443 pound-feet of torque. The difference to 62 mph between the two is 0.4 second, with the 60 getting there in 5.4 seconds and the 55 finishing the sprint in 5.8 seconds. Top speed is 149 mph for both models. 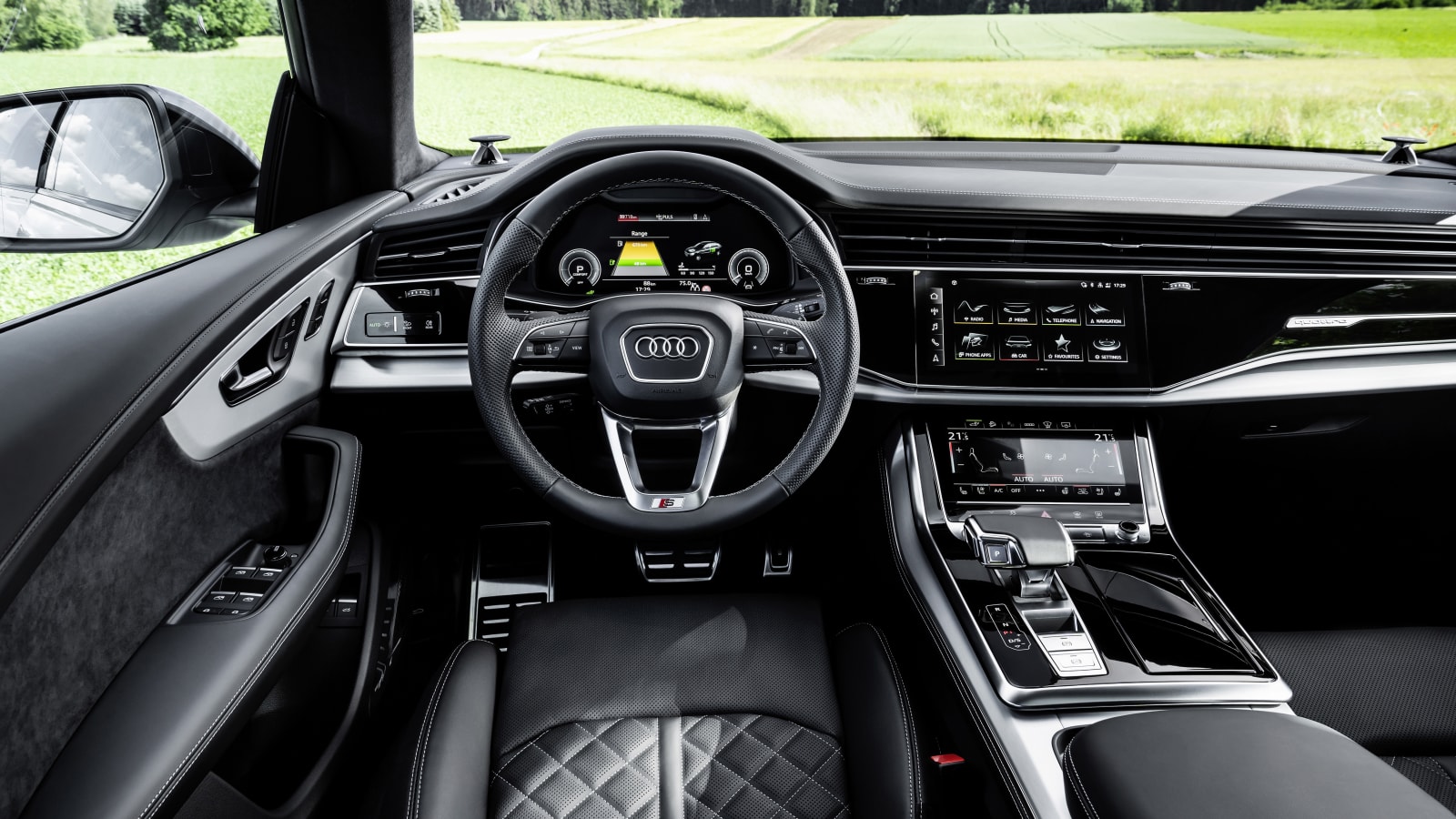 When it comes to electric range, the 55 has the 60 beat by a tiny margin. According to the WLTP test cycle, the 55 can go 29.2 miles, whereas the 60 goes 28.0 miles. Top speed under electric power is 83.9 mph for the both of them. A 17.8-kilowatt-hour battery pack is placed under the luggage compartment of the Q8 PHEV. It’s liquid-cooled and can be fully charged in about 2.5 hours using the charging cable that comes with the car.

In Europe, the Q8 plug-in starts around €75,000. Converted to U.S. dollars at current exchange rates, that’s approximately $88,000. Government incentives will bring the price down for European buyers, and would do the same for U.S. buyers if Audi were to ever change course and sell the Q8 variant here.