The Hyundai Motor Group’s Korean website let the very sleek and curvaceous cat out of the bag this evening as the all-new Genesis GV70 compact crossover was revealed in all its purple glory.

Though its face should certainly be familiar to anyone who’s seen the updated G70 sedan, it’s quite obvious now that that facelift was inspired by its upcoming GV70 sibling. The twin-slit headlight cluster and rounded fascia clearly dripped from the same designer’s pen, but the crossover’s grille is less pointy at the bottom. Thankfully, that grille isn’t ostentatiously enormous like so many vehicles these days, including Genesis’ own G90. At first glance to these eyes, it’s quite the handsome thing and there’s nothing that seems overtly evocative of another brand.

The rear three-quarter view is perhaps more distinctive with its unusual C pillar, rear quarter window (note the chrome trim that flows like a wave from A pillar to liftgate) and sliced-and-diced rear fender. We don’t have a full look at the rear, but it too has twin slit taillights like its big brother, the GV80. The rounded roofline is also vaguely similar to the Porsche Macan’s, which is no bad thing visually, but could mean a compromised cargo area. Note that the red car shown in pictures is equipped with a sport package. 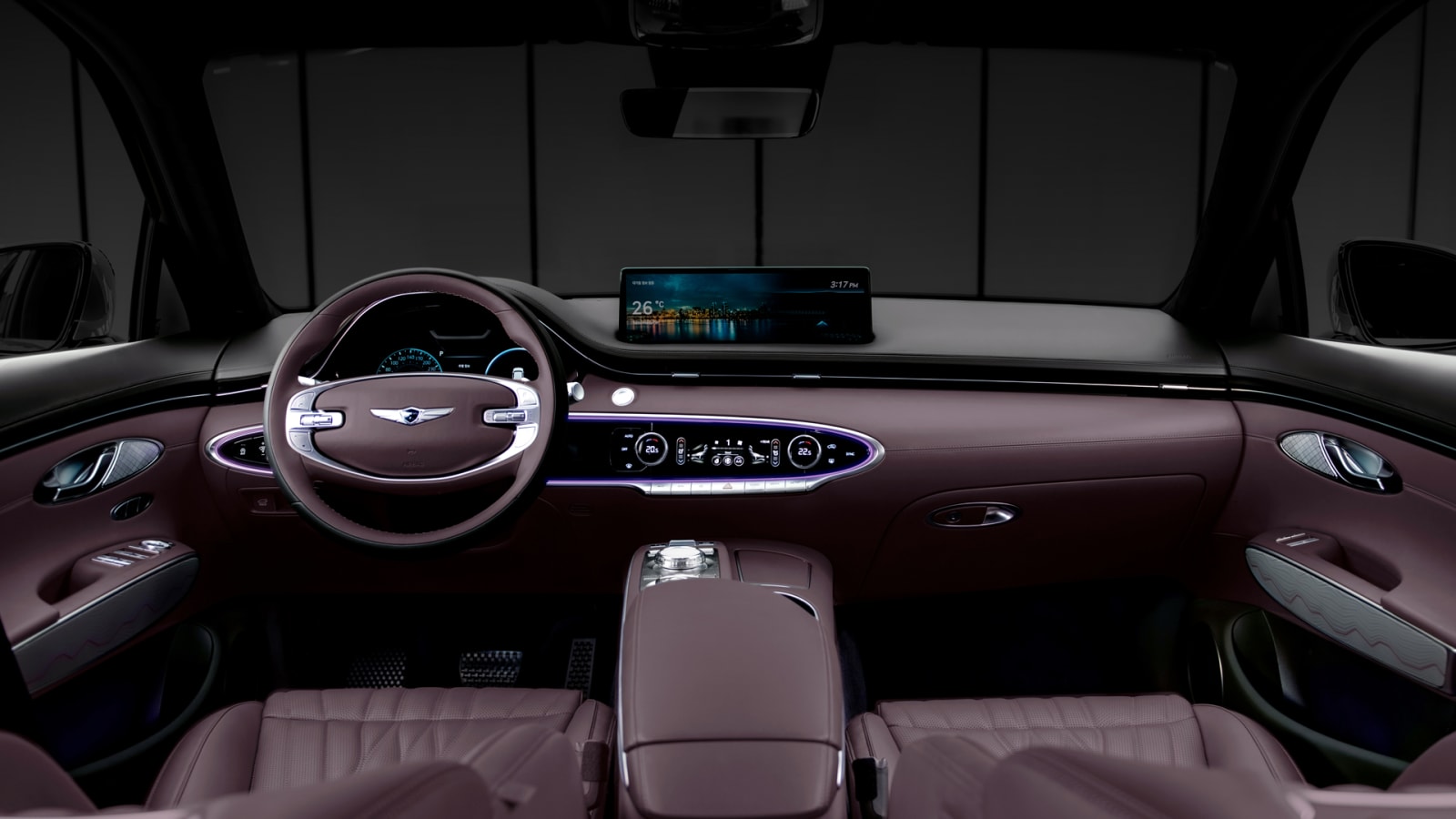 Really, though, the real show stopper is the interior. First, apparently you can get the thing in purple. Just when you thought the blue G80 was cool and the green GV80 was nifty, well, Genesis outdid them both with the Prince Memorial GV70 Package (it likely will not be called this). You can also get it in red. Yet, even in beige or black, the design should wow with its vast widescreen display (shared with G80 and GV80, see video below), sleek integrated air vents and the most ovular control cluster since the 1996 Ford Taurus. It’s really quite something.

Unless the Google translation from Korean missed something, the Hyundai Motor Group posting didn’t reveal anything beyond the GV70’s pictures and a whole bunch of words describing what you’re seeing in those pictures. So, you know, kind of like this post but with more flowery marketingy prose.

Timing of when the GV70 might arrive stateside wasn’t indicated. Its timing for Korea wasn’t for that matter, either. We’ll be anxiously awaiting its arrival, though, because the compact luxury crossover segment is overdue for a nice shake up.