Mini is preparing for a major shakeup of its lineup, a move that will see the automaker move beyond the subcompact segment and offering electrified powertrains in every vehicle line.

Central to this will be an increased focus on the growing crossover SUV segment. Mini said Wednesday that it will add two more SUVs to its lineup to join the existing Countryman.

One will be a dedicated EV similar in size to the Countryman, while the other will offer conventional powertrains as well as a battery-electric option, and will be larger than the Countryman. This larger SUV will sit in the compact segment and could come close to matching the BMW X3 in size.

A revival of the Paceman name for the dedicated EV and Traveller for the compact SUV has been rumored.

All Mini is willing to say is that in any segment in which it competes, its vehicles will always have the smallest footprint. 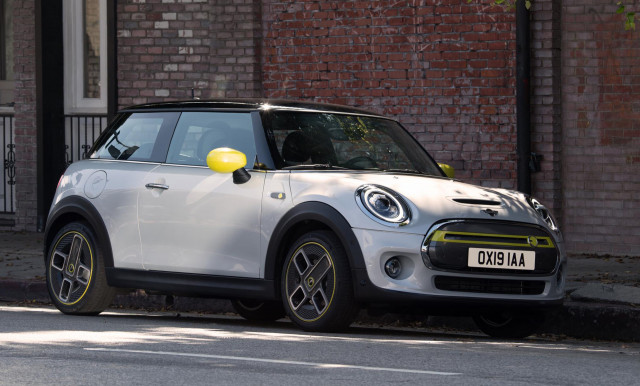 The new SUVs, plus the Cooper SE based on the Hardtop 2-Door, which incidentally is about to be updated, will be Mini’s only vehicles offering battery-electric power for the time being. Other vehicle lines will receive the option of a plug-in hybrid powertrain.

Mini was rumored to be working on a minicar smaller than the Cooper SE for its next EV, though that model looks to be off the table for now.

The smaller of the two new SUVs will be the first vehicle developed and built by Spotlight Automotive, the new Chinese joint venture between Mini and Great Wall Motors. Spotlight was established in 2019 to develop electric cars for Mini and Great Wall, for sale in both China and export markets. It will start production of the smaller SUV in 2023.

The larger SUV is being designed primarily for North America, where the Countryman is deemed too small. It isn’t expected until about 2024. Though it’s yet to be confirmed, this SUV may end up sharing the rear-wheel-drive-based CLAR platform found in the BMW X3, meaning it could potentially be built at plants in China and the United States where the X3 is currently in production.