We love a good car chase scene in movies. Scrutinizing the exact cars being driven and dissecting the stunts are some of our favorite things to do when there’s a vehicular pursuit, but what chase scenes are the most exciting? That’s a very difficult question that could very well yield different answers from every person in a room.

A small study done by money.co.uk attempts to take on this question, and the researchers actually used science. The method? Screen the most famous chase scenes to 100 people with heartbeat monitors fitted to them. Take the data; find the average beats per minute during the chase scenes versus the participants’ resting heart rate, and calculate the percent uplift in heart rate. The higher the participants’ heart beat rates ticked up, the more “exhilarating” the scene. At least, that’s how this study went about measuring excitement. Also, note researchers only measured folks’ heart rate during the car chase scenes themselves, not throughout the whole movie.

Money.co.uk narrowed it down to the 20 high scores to create a 20-item list. Check it out below. 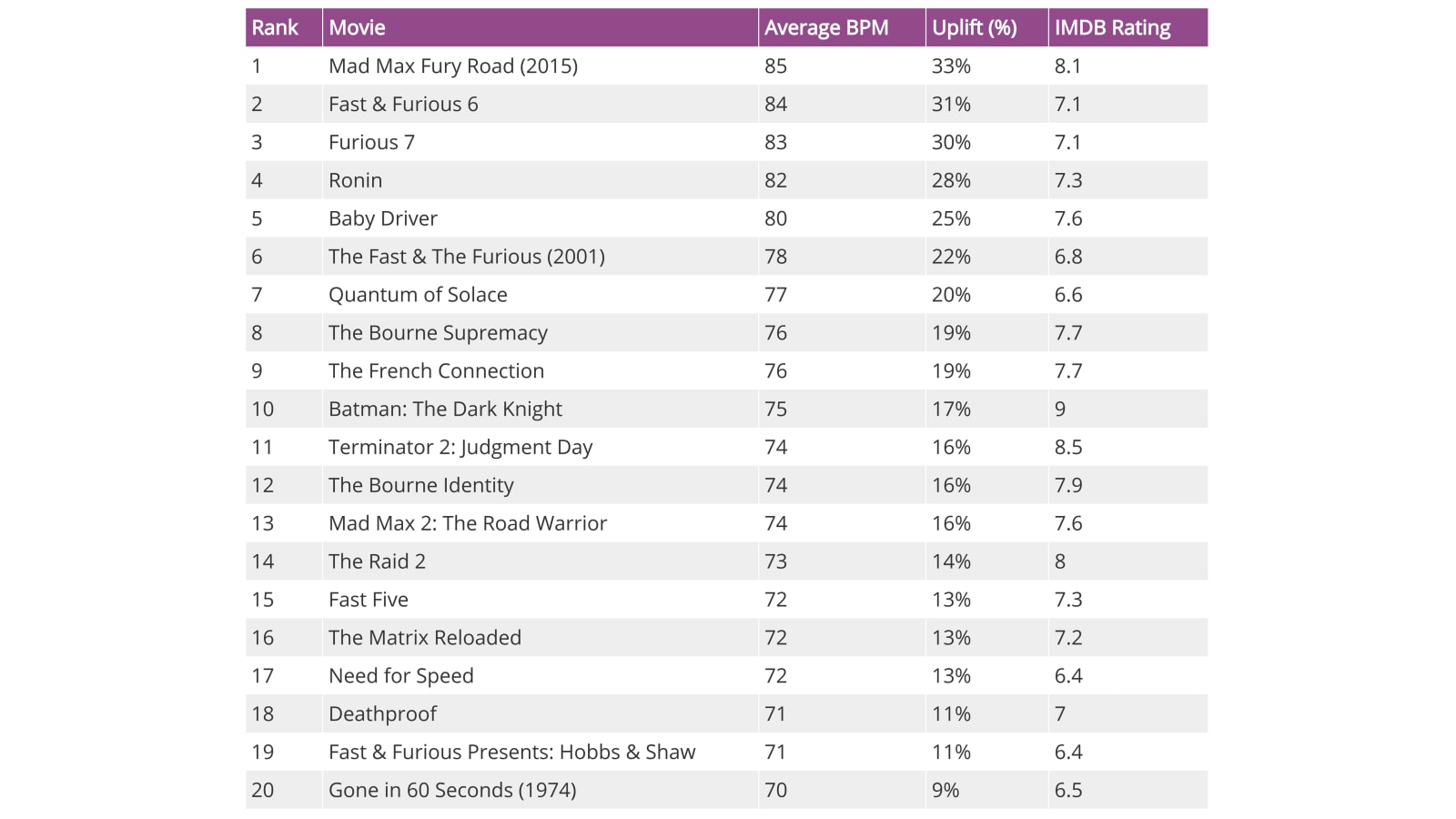 Number one on the list is “Mad Max Fury Road (2015)”, which makes a whole lot of sense to us. Your heart rate may never actually dip in that movie. Following “Mad Max” are some “Fast and Furious“ movies, “Ronin” (the oldest movie in the top five) and “Baby Driver”. From a quick glance at the list, it looks like the study did a halfway decent job of getting some of the best chase scenes in the top 20.

However, there are some that are missing from the list. Most notably, “Bullit”, “The Italian Job” and “Gone in 60 Seconds” didn’t make the top 20. A true shame, because the chase scenes in those movies are some of the best that cinema ever produced.

The study also found one big, consistent indicator for an exciting chase scene: Dwayne “The Rock” Johnson. He’s in four of the top 20 films, which also means all of the stars of the “Fast and the Furious” films get the same distinction as consistently making exciting content. And sure, The Rock is undoubtedly an exciting dude (as long as he fits in the car), but we think this speaks more to the “Fast and the Furious” franchise than anything else.