A 964-generation Porsche 911 Turbo 3.6 is up for sale courtesy of Auto Leitner in the Netherlands and, while it isn’t the lowest-mileage example we’ve ever come across, it has clearly been well maintained and this is reflected in its asking price. 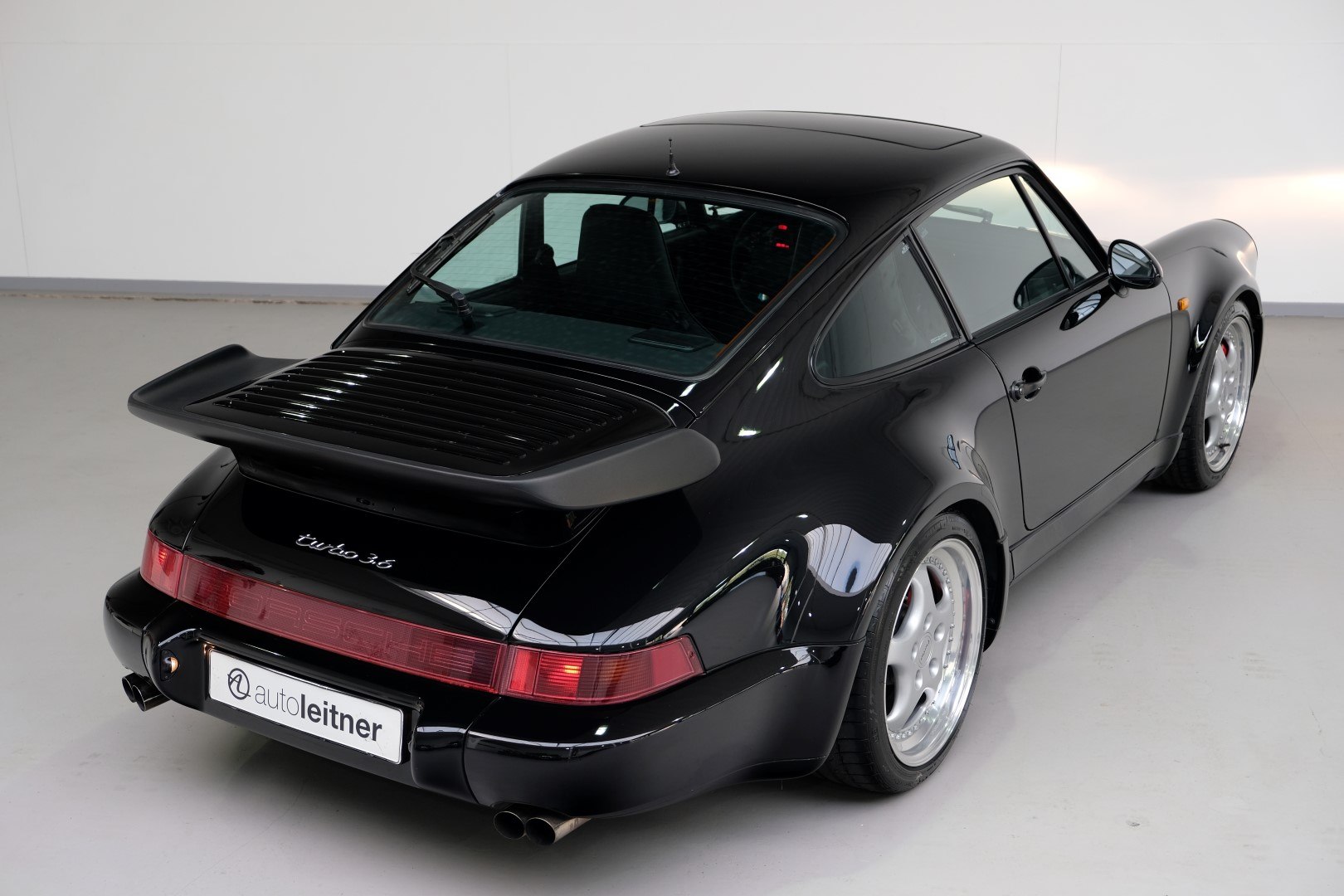 This particular car is a 1993 model and has 39,715 km (24,678 miles) on the clock. It is painted in Lacquer black, sits on 18-inch polished wheels and, according to the listing, has spent most of its life in Germany. It also has a sports exhaust and comes with a documented service history, as well as TUV inspection certificates and a German registration certificate.

Black paint can be hard to maintain, but in these photos it looks superb and has clearly been well detailed before being listed.

It’s a similar story in the cabin, where the black leather is devoid of any major signs of wear and has also been cared for. Key interior features include heated driver’s and passenger’s seats, an amplifier, alarm system, air conditioning, an electric sliding roof and a Becker stereo.