Oil prices crashed hard during the middle 1980s, with American gasoline costs creeping up again near the end of the decade but not by much. This meant that not many car manufacturers tried very hard to grab the Best Fuel Economy crown during this period, leaving the field open for General Motors to make a super-stingy version of the Suzuki-designed Geo Metro: the XFi. With highway fuel economy very nearly hitting the magical 60-miles-per-gallon mark, the XFi was the cheapest Geo — and therefore the cheapest GM car — available in North America in 1990. Not many rolled out of showrooms, but I managed to find this very rad teal-and-squiggly-graphics ’90 XFi in a Denver-area yard recently. 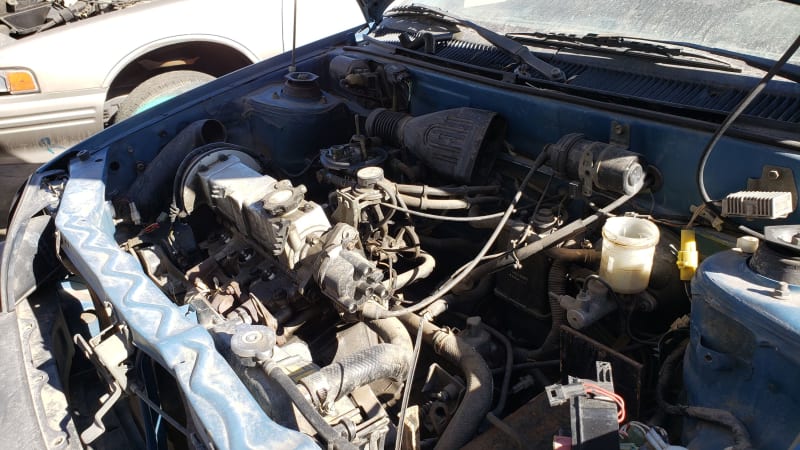 The 1.0-liter three-banger in the regular 1990 Metro made 55 horsepower, which proved adequate for a car that barely weighed 1,500 pounds. The version of this engine that went into the XFi had a different camshaft and more penny-pinching settings in its computer and it generated just 49 horses. Even the wretched Subaru Justy had 73 horsepower from its three-cylinder engine that year. 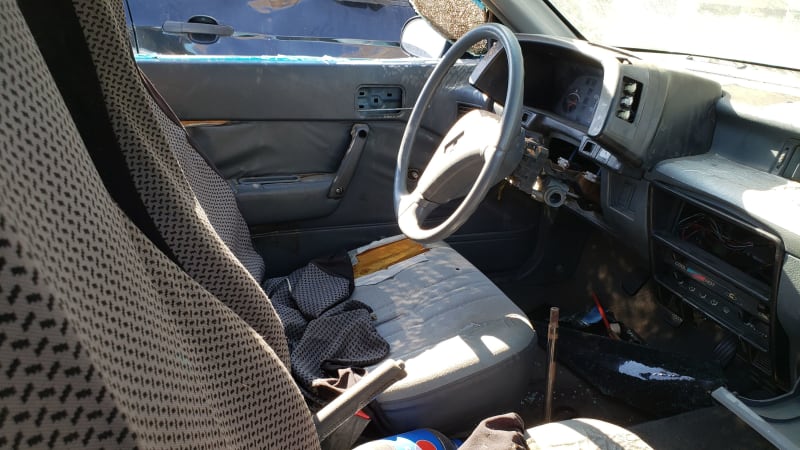 If you wanted air conditioning or an automatic transmission, you had to get a higher grade of Metro, because the XFi came with a great deal of added lightness. 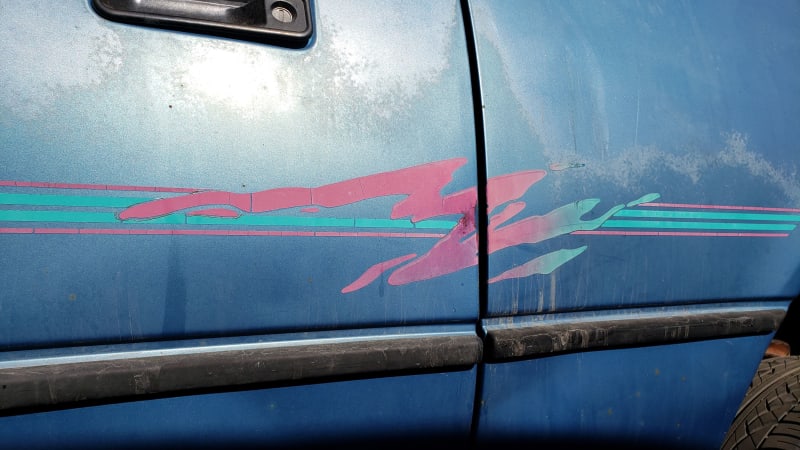 I’m not sure if the exquisitely late-1980s-style graphics were an added-cost option or not. This car appears to be nearly as rad as the same-year Chevy Beretta Indy. 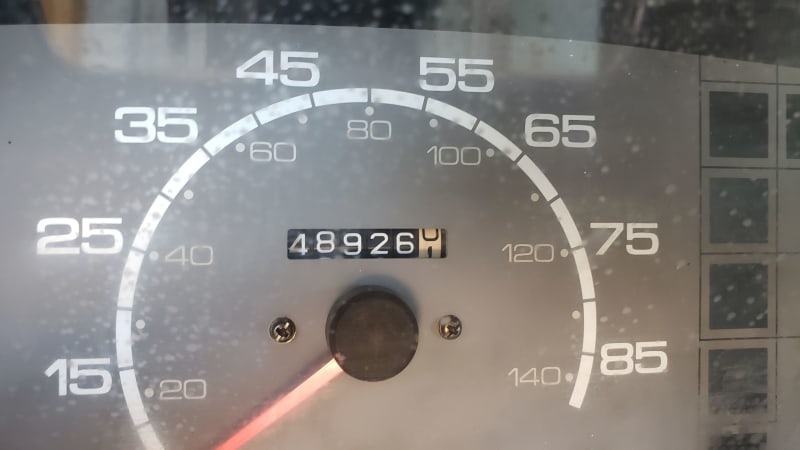 This generation of Metro had a five-digit odometer, so we’ll never know  how many miles it really had on the clock at the end. We can be assured that it burned very little fuel driving those miles. 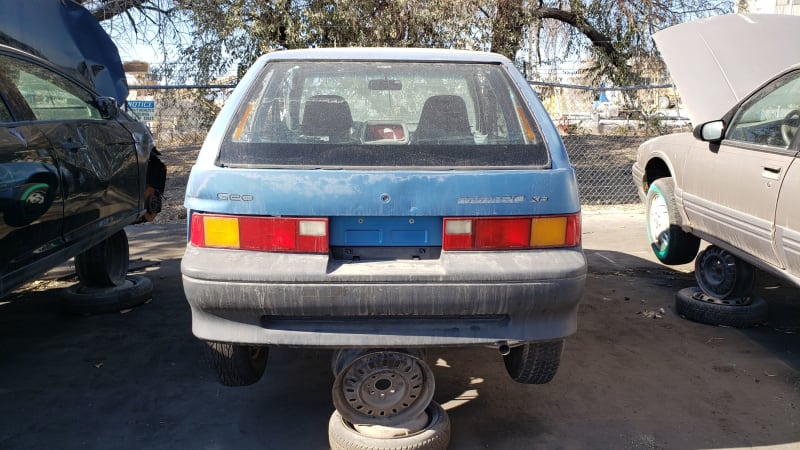 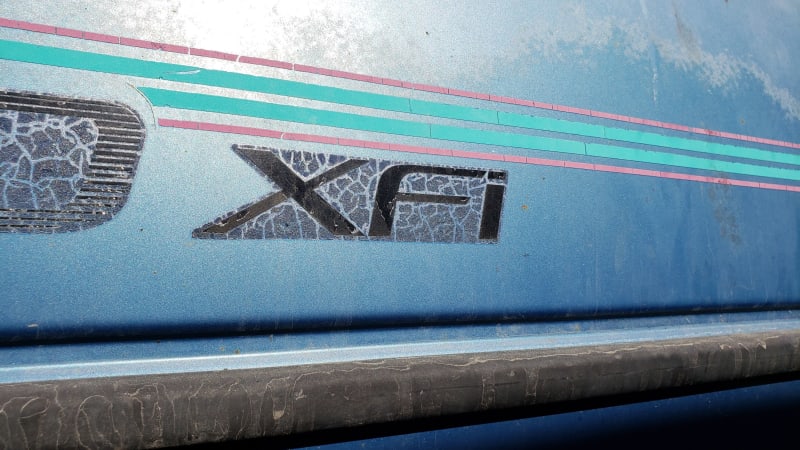 Hypermiling fanatics still seek out the Metro XFi, so perhaps one of them will rescue the engine and lightweight interior bits out of this one. 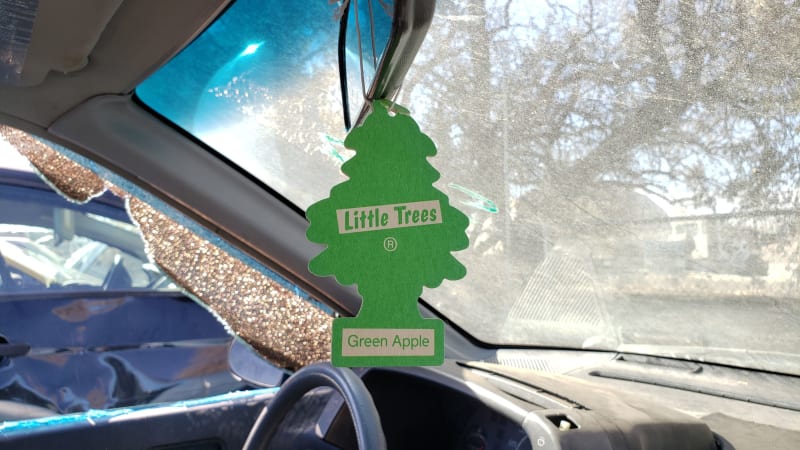 You’ll find one in every car. You’ll see.

This car can make a difference!