The Renault 5 is an iconic European hatchback that is still fondly remembered today.

It’s now been reimagined by Italian graphic designer Marco Maltese, who has been passionate about cars since he was a child.

While the original 5 was pretty straightforward, Maltese incorporated the car’s classic lines into a stylish new model dubbed the Le 5 concept. As a result, it’s familiar and futuristic at the same time. 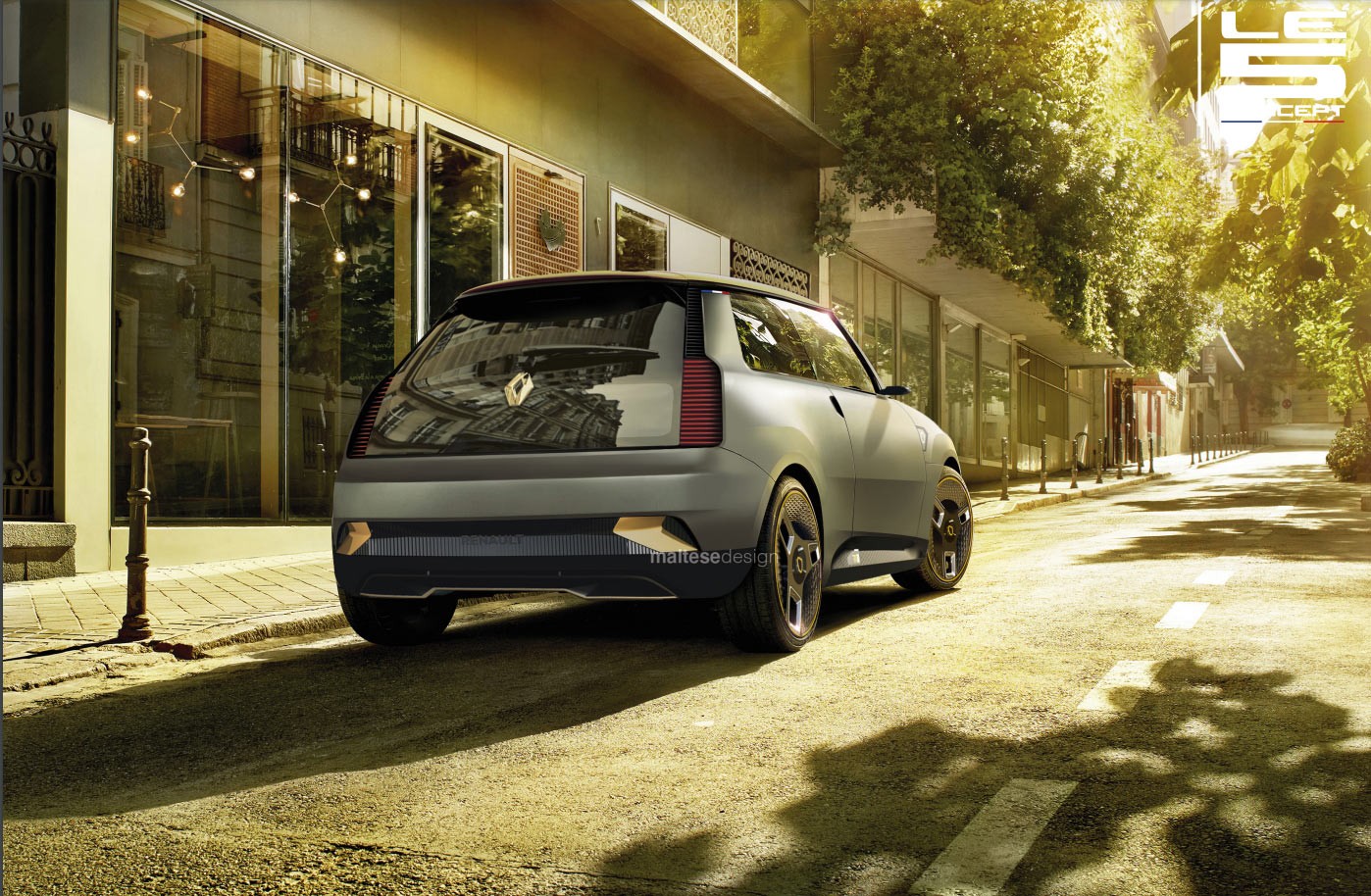 Starting up front, the concept features LED headlights with a distinctive slotted design. They flow into vertical daytime running lights and reside above a light bar that passes through a prominent Renault emblem. Right below there’s a fully enclosed grille, which hints at an electric powertrain, and sporty air intakes with golden accents.

The sides offer the most striking view, as the concept features a short hood, stylish fenders and aerodynamic side skirts. It also has a blacked out A-pillar which helps to create the appearance of a sporty wraparound greenhouse.

Other highlights include a contrasting roof, video cameras instead of side mirrors and aerodynamic wheels with a three-spoke design. The angular C-pillar also looks great and incorporates a subtle tri-color accent that pays homage to the French flag.

The avant-garde design continues at the rear, where there’s a large glass hatch flanked by unique taillights. We can also see a minimalist bumper with golden accents that echo the ones up front.

All in all, the concept looks great and would make for one heck of a MINI Cooper SE competitor.

Note: This is an independent design study from Marco Maltese and is not related to or endorsed by Renault