Last week Mercedes-Benz announced they were going to cut several entry-level models and focus the majority of their efforts on expanding offerings at the high end of the market. Notably, that includes a new line even more exclusive than Maybach, named Mythos, where cars are made with the very intention of being collector’s items.

Giving us a peek at what this future may look like, Mercedes‘ chief designer, Gorden Wagener, has been posting some teaser images on a personal social media account. The first is a Mercedes SL-based Maybach, which Wagener posted with the accompanying caption: “A glimpse of the Concept Mercedes-Maybach SL – revealing more about future opportunities of our company’s most exclusive brand. For customers who desire for a sophisticated luxury driving and design experience.” 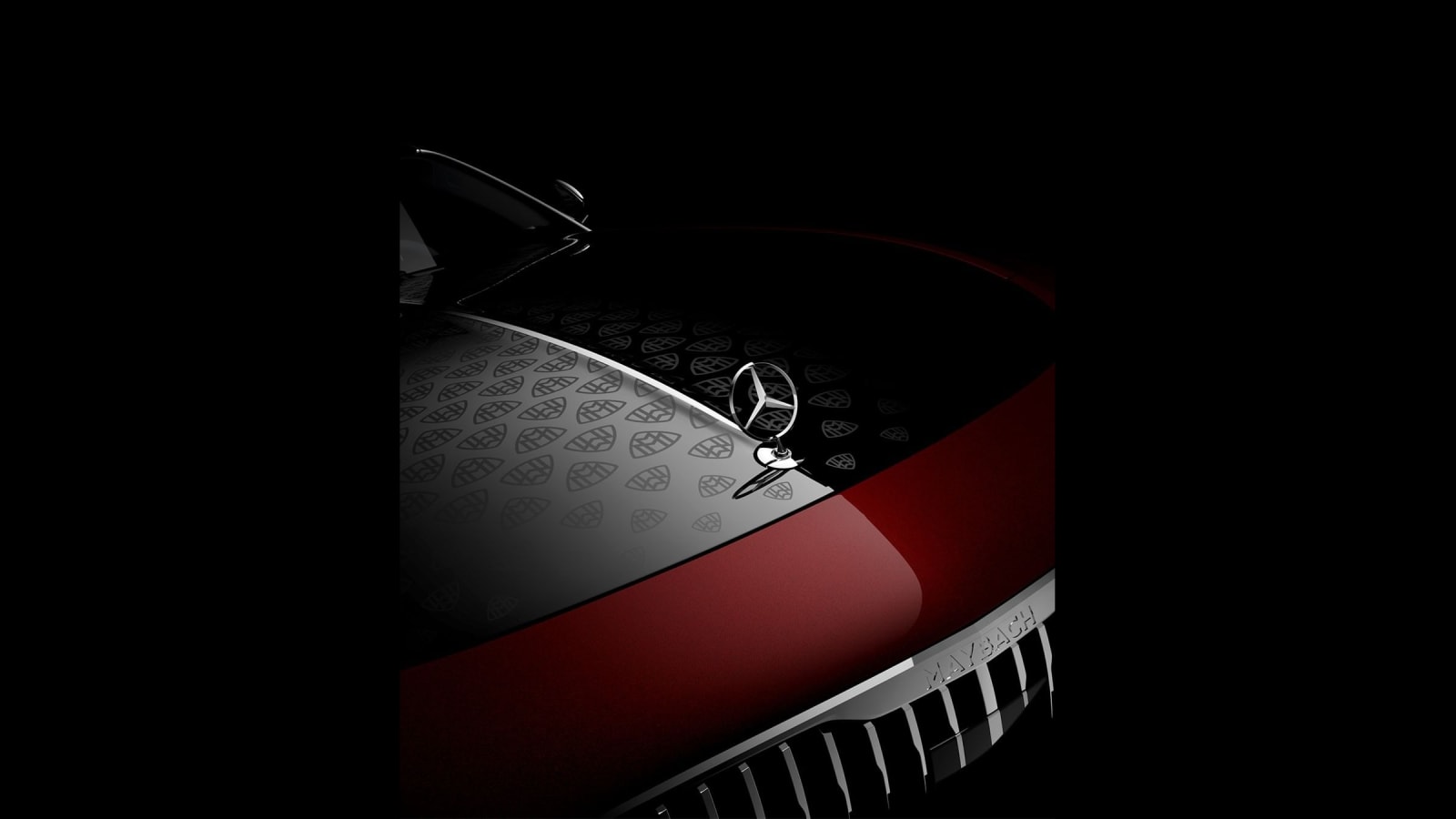 The image shows a section of the car’s prow. Notably, it boasts an upright three-pointed-star hood ornament like Benzes from the 1980s and prior, as well as a bright chrome grille surround with “Maybach” cast into top edge. By contrast, the existing SL has a flush emblem, and the grille is inset into a body-colored nose. On the Maybach a deep red paint is contrasted with a black or dark gray hood. Unfortunately, that hood is plastered with an ultra-tacky repeating pattern of Maybach logos like a Louis Vuitton handbag.

A second post by Wagener shows the silhouette of an open-top car from the Mythos series. “MYTHOS Series: highly-exclusive collectible cars from Mercedes-Benz,” reads the caption.

It appears to be another SL-based vehicle, but wearing a hard tonneau cover sculpted with nacelles like early race cars. The cover seems to imply that the rear seats of the SL will not be present on the Mythos version. That may be just as well, as Mercedes has previously said they’re only meant for passengers 5 feet or shorter. The Mythos SL doesn’t have a visible hood ornament like the Maybach.

No mention of mechanical upgrades were provided. If these end up as dressed up versions of an existing Benz, that will prove rather disappointing. Not that we need more options for cars costing the equivalent of entire mansions in many parts of the country, but if we’re going to have them, they’d better provide something beyond cosmetic flourishes.