BMW made a fully fledged M8 version of the original E31 8 Series, but it was merely a one-off and therefore it never reached series production. The next best thing was this – the 850CSi. It’s one of the rarest BMWs in history as only 1,510 units were ever made, with just 225 cars sold in the United States in 1994 and 1995. This particular US-spec gran tourer not only does look great but sounds just as good courtesy of its Dinan exhaust system.

While it may seem sacrilegious to put an aftermarket exhaust on such a rare car, it’s safe to say Dinan knows its way around BMWs and it developed this setup specifically for the 850CSi. The naturally aspirated V12 is now significantly louder without overdoing it as the tuner added just the right amount of extra volume to the S70 engine. 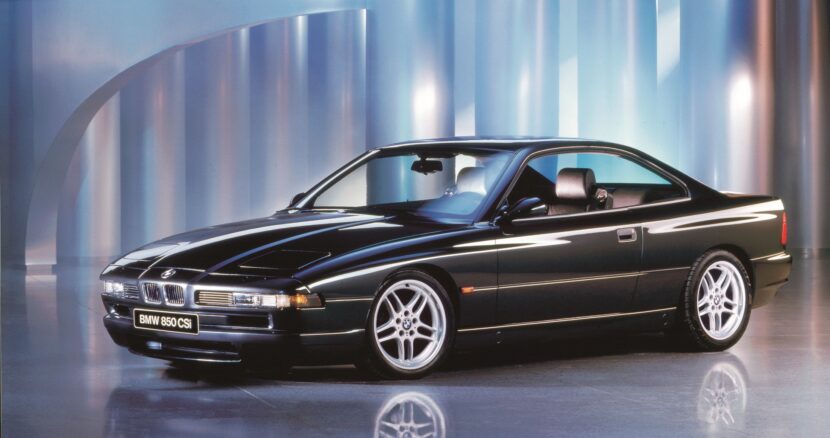 Wearing Oregon plates, we’re looking at the #31 car for the US market and looks as though it just left the assembly line even though it was built nearly 30 years ago. It sounds pretty good on the inside too, but the video’s highlight is when we get to hear the exhaust sound captured by the external microphone.

For those who are unfamiliar with the S70B56 engine, back in the day it made a respectable 375 horsepower at 5,300 rpm and 406 pound-feet (550 Newton-meters) of torque at 4,000 rpm. It redlined at 7,500 rpm and was linked exclusively to a six-speed manual gearbox from Getrag. In fact, the 850CSi was the first production car to combine a V12 with a six-speed manual transmission.

A motorsport derivative of this engine dubbed S70/3 made well over 600 hp in the V12 LMR and the one-off X5 Le Mans concept from 2000. Of course, there was also the S70/2 used by the mighty McLaren F1, which still holds the title for the fastest production car powered by a naturally aspirated engine.

BMW recently bid adieu to twelve-cylinder engines with the $200,000 2022 M760i Final V12, representing a special edition for the US market limited to 12 cars. You can still get a V12 in a BMW Group car, but only if you step up to a Rolls-Royce. The British luxury marque also has plans to retire the large-displacement engine since the company will abandon ICEs altogether in 2030.