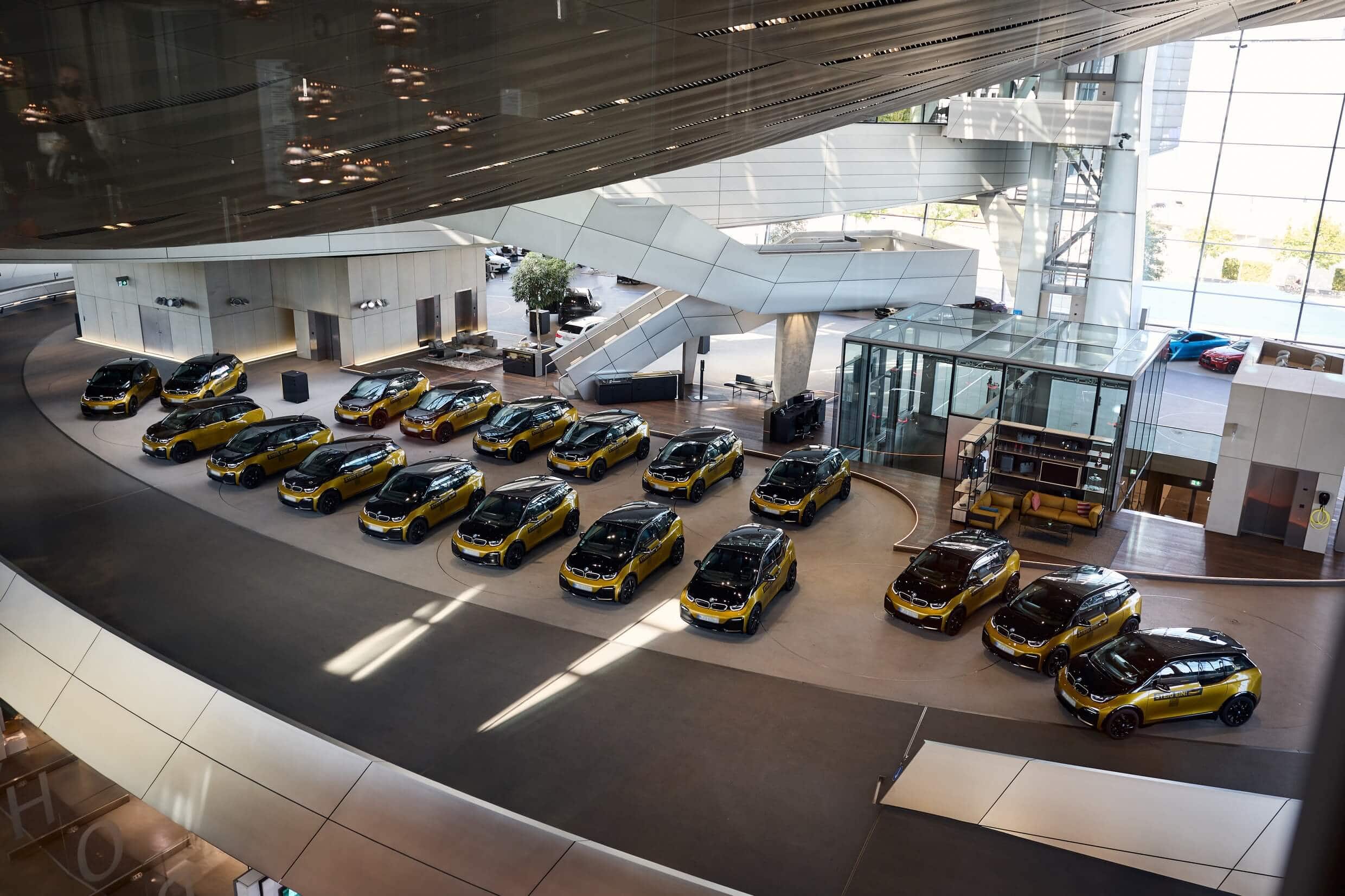 In August 2020, a special event was organized at BMW Welt to celebrate the last batch of i8 plug-in hybrid sports cars delivered to customers. A total of 18 vehicles in a variety of Individual paints were handed over to their rightful owners, with each car featuring a hand-painted color to properly mark the i8’s epilogue. Fast forward two years later, BMW set up a similar event for the other pioneering “i” car, the quirky i3 hatchback.

Coincidentally (or perhaps not), the final batch of i3s EVs also consisted of 18 cars. Unlike the i8 delivered in many body hues, the last electric city cars assembled at the Leipzig factory all had a Galvanic Gold Metallic main color combined with glossy black for some of the panels. BMW assembled a little over 250,000 units in the nine years it produced the i3 / i3s, prompting the German brand to say it was the best-selling EV in the luxury compact segment. 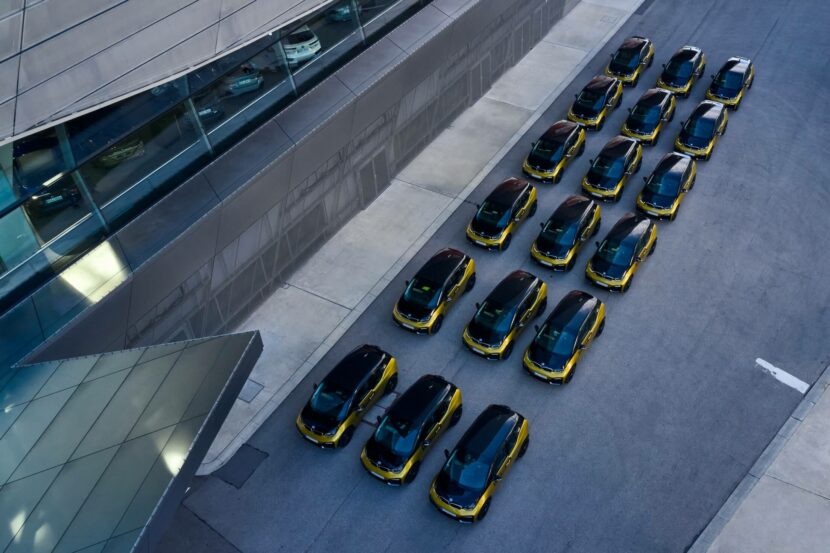 Production of the BMW i3 actually ended in late June but these last 18 cars weren’t delivered until August 2. It should be noted all EVs belong to the same customer as Munich-based car rental company CarVia acquired the gold and black EVs. As a matter of fact, the model already appears on its online platform from where it can be rented.

BMW sold the i3 in no fewer than 74 countries around the world, but not in China. However, a namesake sedan was recently launched in the People’s Republic as an electric equivalent of the locally produced long-wheelbase 3 Series Sedan. Known officially as the i3 eDrive35L, the CLAR-based electric 3 Series is built and sold in China and represents the first 3er ever to have air suspension, but only for the rear axle.

A globally available i3 Sedan will arrive in 2025 on the Neue Klasse platform. This week, BMW chairman Oliver Zipse announced the dedicated EV architecture will debut with a sedan and SUV in the 3 Series’ segment, so the next-gen iX3 will also be underpinned by the promising NE platform.

PrevPreviousUS: Hyundai Ioniq 5 Sales At Nearly 2,000 In July 2022
NextTesla Model Y is on track to be the world’s best-selling carNext