Every Brand Should Copy the Porsche 911 GT3 RS’s Suspension


The new Porsche 911 GT3 RS is taking the internet by storm. It’s outrageous looks, overly-extreme aero, and mind-bending performance prove that no one does it better than Porsche when its engineers are let off their leashes. When it comes to hardcore track performance, every other manufacturer needs to watch out. However, there’s one clever feature of the 911 GT3 RS that every automaker should try and emulate because it’s brilliant—its fully-adjustable suspension. 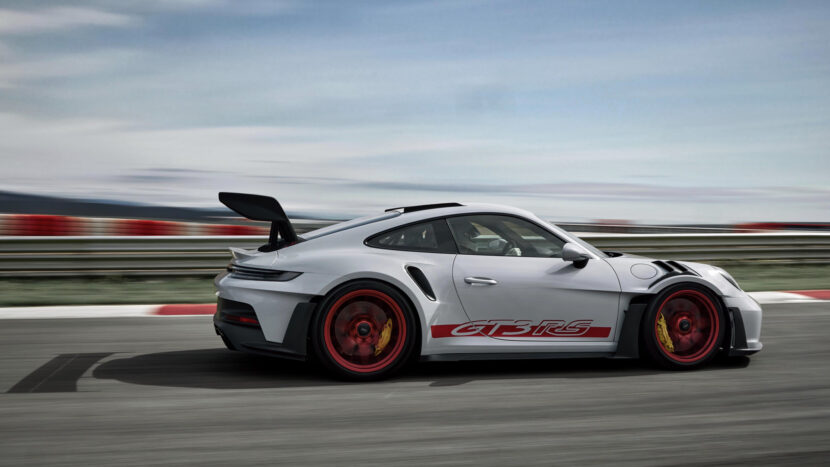 With almost all adjustable coilover suspensions, the adjustments are done locally, at the actual coilover itself. That makes them manually adjustable. So if you want to change settings for damping and rebound, you have to do it on the actual shock, usually under the hood at the shock tower, for front suspension. However, in the Porsche, you can actually adjust the damping and rebound from the steering wheel, with the readout for the settings on the digital gauge cluster. Which is brilliant.

What you do is you press a button on the steering wheel and four separate dials appear on the screen ahead. Then, with the four corresponding dials on the steering wheel, you can adjust the damping and rebound of the suspension at each axle. That means no stopping, getting out of the car, and physically getting into the nitty-gritty of the car’s suspension. While some enthusiasts like that sort of thing, because it makes them more connected to the mechanics of the car, Porsche’s way is not only easier, it’s faster. And because it’s faster, drivers can better dial in the suspension tuning that they want, as they can feel the changes more rapidly.

Another major advantage is that it can be set up for the road or the track within seconds. So you can have it set up for the road when you leave your house, drive to the track, then set it up for track use, lap it all day, and flip it back to road setting on the drive back. Or if you’re driving in boring traffic but decided you want to take a twisty back road, you can more effectively dial in a sportier suspension setup within seconds. It’s a fascinating system. 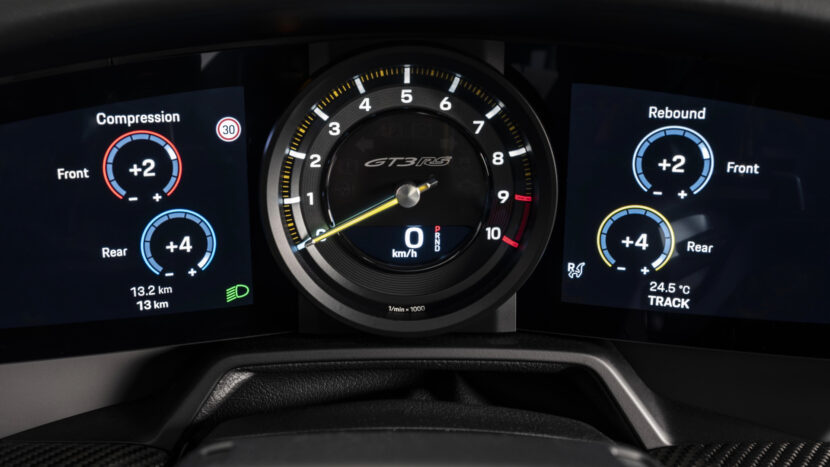 Without having driven the car, I can’t say for certain that the changes that can be made will make much of a difference to the feel of the car. But the idea is fantastic. Other car companies should develop similar systems, as it would make fine-tuning their ride/handling balance even better. Also, car companies could add recommended settings for certain situations, to allow novice users to get an idea of how to set their car up and then they can customize from there, if needed. It’s so much better than just having sport and comfort settings, as it allows driver’s to truly tailor the car’s feel to their needs.

I’m sure such a setup is incredibly expensive but developing it for high-end performance cars would be a great place to start. Such as a BMW M4 CSL, for example. Hopefully other automakers take notice and do the same but, until then, Porsche leads the way. As usualy.