Chevy 3100 pickups from the 1950s get an electric makeover – Autoblog

Kindred Motorworks, a California-based restoration operation, is developing an electric version of the classic Chevrolet 3100, the half-ton truck that was one of the best-selling pickups in the U.S. during its production run from 1947 to 1953. The company is taking pre-orders now — at an MSRP of $159,000 — and expects to deliver to customers in 2024.

The proposed vehicle is thoroughly 21st century, inside, outside and underneath, according to Kindred’s founder Rob Howard. “It represents balance — a beautiful design that’s fun and easy to own and drive, but that isn’t afraid to do a little dirty work as well,” he said. Original collectors versions of a Chevy 3100 currently sell for about $30,000 and up.

Driven by its rear wheels, the electric Chevy will be able to cruise 200 miles before requiring a plug-in, with a full charge taking about  nine hours using a Level 2 charger. A double wishbone suspension links to 17-inch wheels, and there’s rack and pinion steering, power disc brakes at all four wheels, and electric power steering.

Modern amenities are in place in the cabin, including AC, a touchscreen media display, heated bench seats, and, of course, cupholders.  Exterior lighting is LED, and the truck bed, according to Kindred’s spec sheet, is designed to be used as intended, with marine-grade waterproof flooring, modular tie-downs, and a push-button tailgate featuring hidden links. The textured surface on the running boards and inside the bed is color-matched to the truck.

Howard says that other restoration projects — all based on original donor vehicles — are in development, including a Sixties-era Volkswagen bus, a funky Bronco with gas or electric power, and a 1969 Camaro with a 700-horsepower GM 6.2L supercharged V8 and six-speed manual transmission. 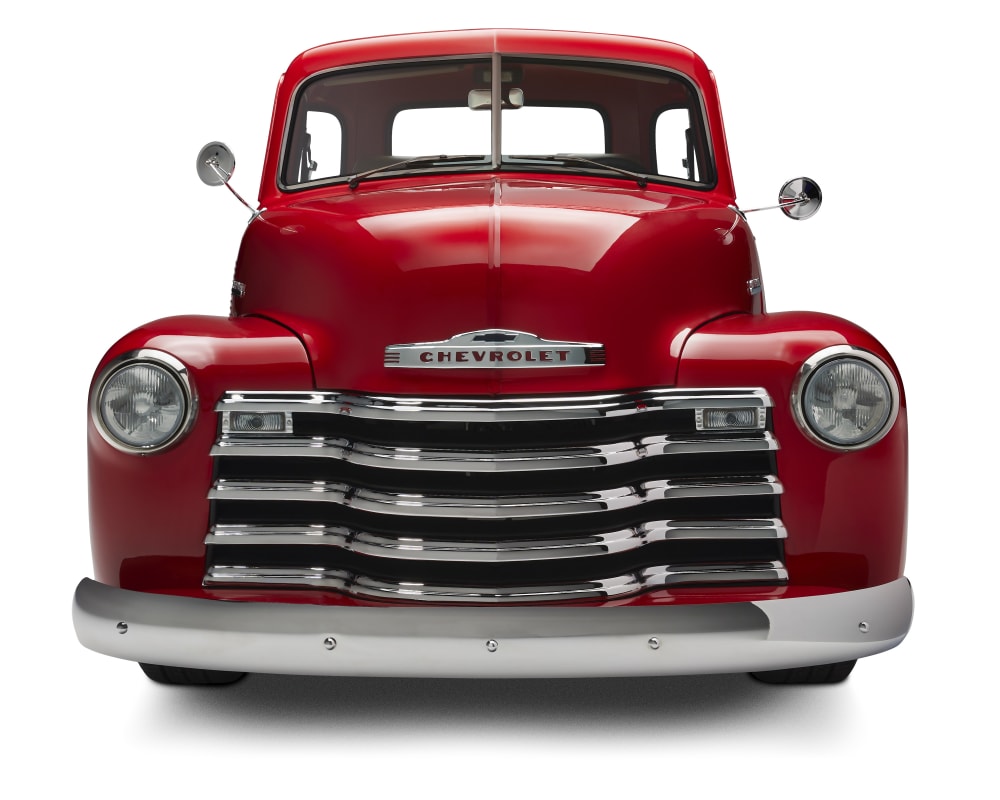