Porsche has increased its global car sales during the first quarter of 2021 by 36% year-over-year to 71,986 (from 53,125) and achieved double-digit growth in all sales regions.

An interesting thing is that the Q1 volume is just one unit above Q4 2020 (9,071), which might be a new stable level for the Taycan. Time will tell whether the Porsche Taycan Cross Turismo will add something on top of that. At 9,000 per quarter, the Taycan is at 36,000 a year. 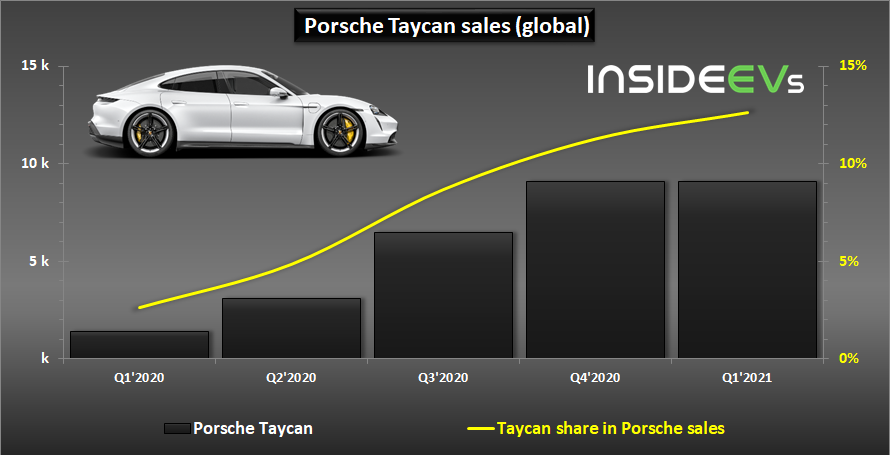 The sales report does not include plug-in hybrid sales (both Panamera and Cayenne).

The next chapter in Porsche’s electrification will be the electric Macan model and this one might quickly become the top model (the conventional version was at 22,458 in Q1).

Porsche is of course not the only high-end brand that is going electric. Other manufacturers, especially European like BMW, Mercedes-Benz or Volvo, are also increasing plug-in share very quickly. At this point of time (more than 10-years since the mass electrification started for good) luxury/sport brands are on the forefront of changes, and will be followed (in terms of plug-in share) by the mainstream manufacturers. 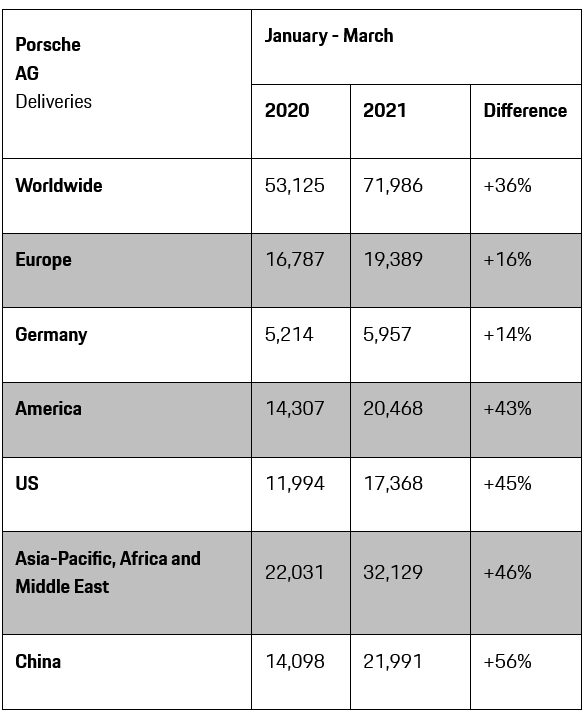