Volkswagen on Wednesday unveiled a sportier, dual-motor all-wheel drive version of the ID.4 electric SUV for Europe. Dubbed GTX, this model hasn’t been confirmed for the United States, but the announcement provides some detail on the all-wheel drive model that will arrive here later this year.

A power figure of 220 kw has been released for the first time here—tipping us to a combined figure of 295 hp for the production version of the dual-motor ID.4. The current single-motor, rear-wheel drive version has 201 hp so this makes the ID.4 more competitive versus not just the other EVs but vs the Toyota RAV4, Honda CR-V, and the other gasoline models VW sees as competition.

The availability of all-wheel drive should also be a big plus for a vehicle marketed as an SUV. Both electric and gasoline competitors already offer all-wheel drive, and we found ourselves wishing for a snow mode during a test drive of the rear-wheel drive version after a winter storm.

The European-market version VW showed Wednesday was the ID.4 GTX, which gets some additional sporty trim that U.S. versions, called the “ID.4 AWD Pro,” are unlikely to get. Similarly, the U.S. missed out on the augmented-reality head-up display available in Europe. 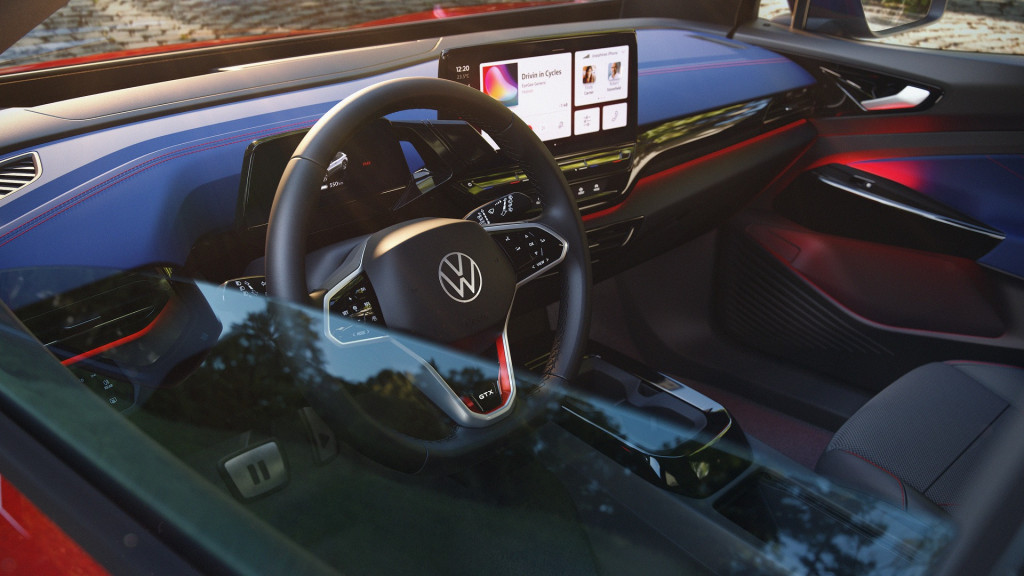 VW considers GTX to be the equivalent of the GTI badge used for the legendary Golf GTI hot hatchback. While U.S. car enthusiasts might associate it with the 1960s Plymouth GTX muscle car, the name fits neatly with VW’s performance-variant naming scheme, which also encompasses the Jetta GLI sedan and GTE plug-in hybrids, the latter not sold in the U.S.

The ID.4 GTX will do 0-62 mph in 6.2 seconds, with a top speed electronically limited to 111 mph, according to VW. It’s unclear if those figures will carry over to the U.S.-market ID.4 all-wheel drive model.

Also unclear is how the dual-motor powertrain will affect EPA-estimated range, which currently sits at 250 miles for most ID.4 models, and 260 miles for the ID.4 Pro base model.

VW has said the ID.4 AWD Pro is due late in the 2021 model year for the U.S.—so we expect deliveries to start by the end of the summer. Pricing and full U.S.-market specifications will be announced closer to that time.