Live photos of the 2022 BMW M240i Coupe in Thundernight Metallic

The new BMW 2 Series Coupe is now part of the BMW Welt exhibit. A Thundernight Metallic M240i xDrive is greeting the visitors as soon as they enter the iconic building in the heart of Munich. The new purple color is a first for BMW and, for now, it is exclusive to the G42 2 Series Coupe. Thankfully, all 2 Series variants come with a few great color options, such as Melbourne Red, Portimao Blue or Brooklyn Grey. The rest are your typical BMW colors; Alpine White, Jet Black (non-M240i models only) and Black Sapphire Metallic. 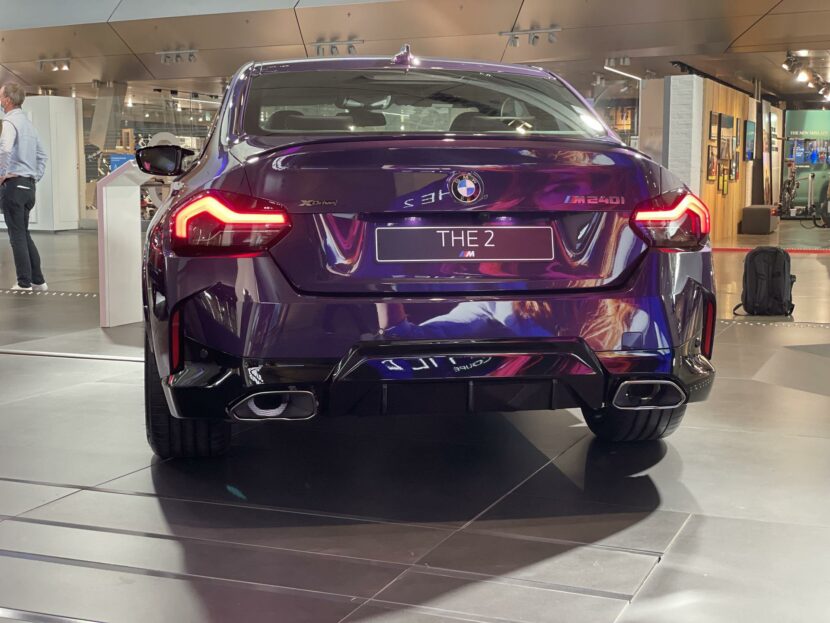 All new for 2022, the BMW 2 Series Coupe is only the second generation of 2 Series but actually the latest in a long line of small, two-door, four-seat, small-engine, everyday sports cars from BMW. The BMW 1600, back in the original Neue Klasse, was one of the cars that really got BMW started in this segment. The 1600 was followed by the iconic BMW 2002, which created the template for the brand’s success. Now, the second-gen BMW 2 Series is the newest iteration of such a car and potentially the last. 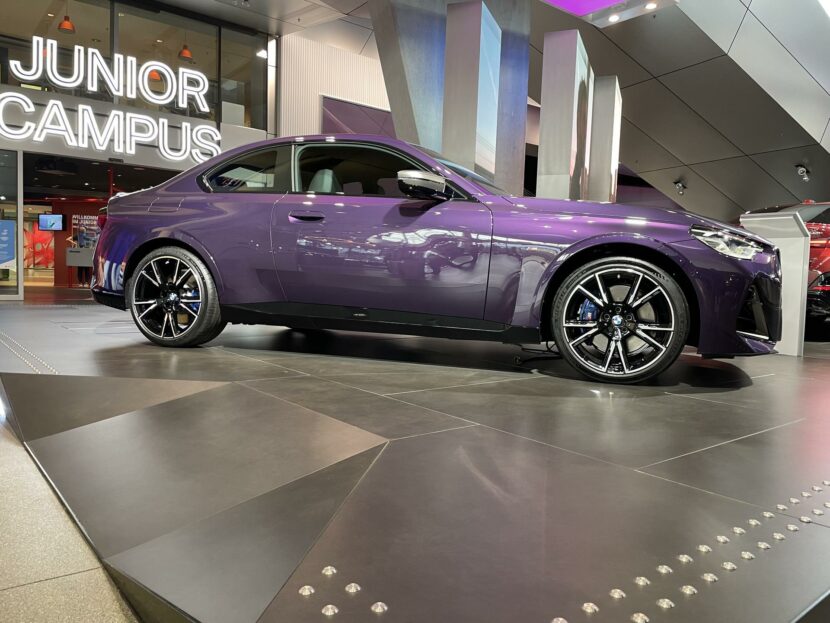 BMW really differentiated the 2 Series from the rest of the lineup on the outside — its headlights, grille, Hofmeister kink, taillights, and overall design language is entirely different from everything else with a Roundel. However, the interior is similar to what we’ve seen in other new BMWs. In fact, aside from a subtle triangle pattern in the door panels and a slightly different door pull design, the cabin of the 2 Series Coupe is nearly indistinguishable from that of a 3 Series or 4 Series.

The new range-topping version is the M240i xDrive Coupe, which has been completely reengineered to the likes of the M440i xDrive Coupe. The straight-six petrol engine develops an output of 275 kW / 374 PS (368 hp), corresponding to a gain of 25 kW / 34 PS (33 hp) over the preceding M240i variant. Other impressive performance figures include the peak torque of 500 Nm (369 lb-ft) fully available across a broad rev range between 1,900 and 5,000 rpm.