The 2021 IAA was all about the future of mobility; electrification, automation, digitization, Star Wars-iation. All of the “ations”. If you’re used to car shows with twelve-cylinder hypercars, the 2021 IAA would have probably been a bit of a culture shock, as there were no such cars on display. Instead, there were cars like this — the MINI Urbanaut Concept.

To be fair, MINI is a brand that works incredibly well with electrification, since it’s all about being small, economical, efficient, and — most importantly — fun. The MINI Urbanaut concept, though, is a bit different. Rather than providing small, efficient, electric fun, the Urbanaut is a surprisingly large (by MINI standards) autonomous lounge on wheels. 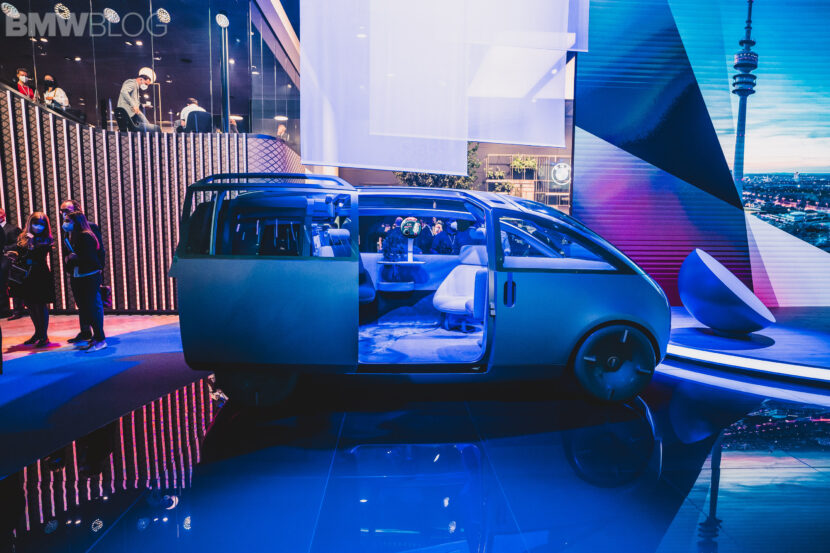 It has van-like doors, seats that swivel around so all four passengers can face each other, and even a little side table with a ficus. Not exactly the go-kart feel we’re used to, now is it? That said, it’s still an interesting car. It’s designed to be a personal autonomous pod for city dwelling passengers and looks like it’d do that job perfectly. It would be an interesting idea for a lot of customers and probably quite useful. Objectively speaking, the MINI Urbanaut nails its design brief. Though, it does lack any sort of MINI feel, which might be disappointing for the MINI faithful.

While technically a MINI, the Urbanaut concept looks like someone asked a sentient jelly bean what its preferred mode of transportation would be and then turned it into a car. The inside is very futuristic and minimalist. Sustainable materials adorn the cabin, the seats are plush and comfy looking, and all of the surfaces have nice rounded edges.

You can tell the MINI Urbanaut’s cabin was designed to relax and comfort its passengers, not get their heart rate up. Even though MINI has marketed itself as a brand that does the latter more than anything else for the last two decades. But forget all that, there’s a ficus.